The first four entries in this issue are from the 1947 and 1948 editions of the "Chimes".  These are the last of the Chimes that were found in the archives.  The Sunday bulletins as we know them today, start in 1958 but don't have the same personal interest items as we have seen in these old editions.  I will endeavor to glean important information from the old Voter's Meeting minutes that are available for the ensuing years, but again they won't have the same detail.  I hope you have enjoyed these as much as I have and hope we discover more items of interest as we move on.

6/29/47 "4:00 P.M. Thomsen - Winkelmann wedding.  You are invited to the ceremony in the church."    This was the wedding of Hans Thomsen and Madeline Winkelmann. 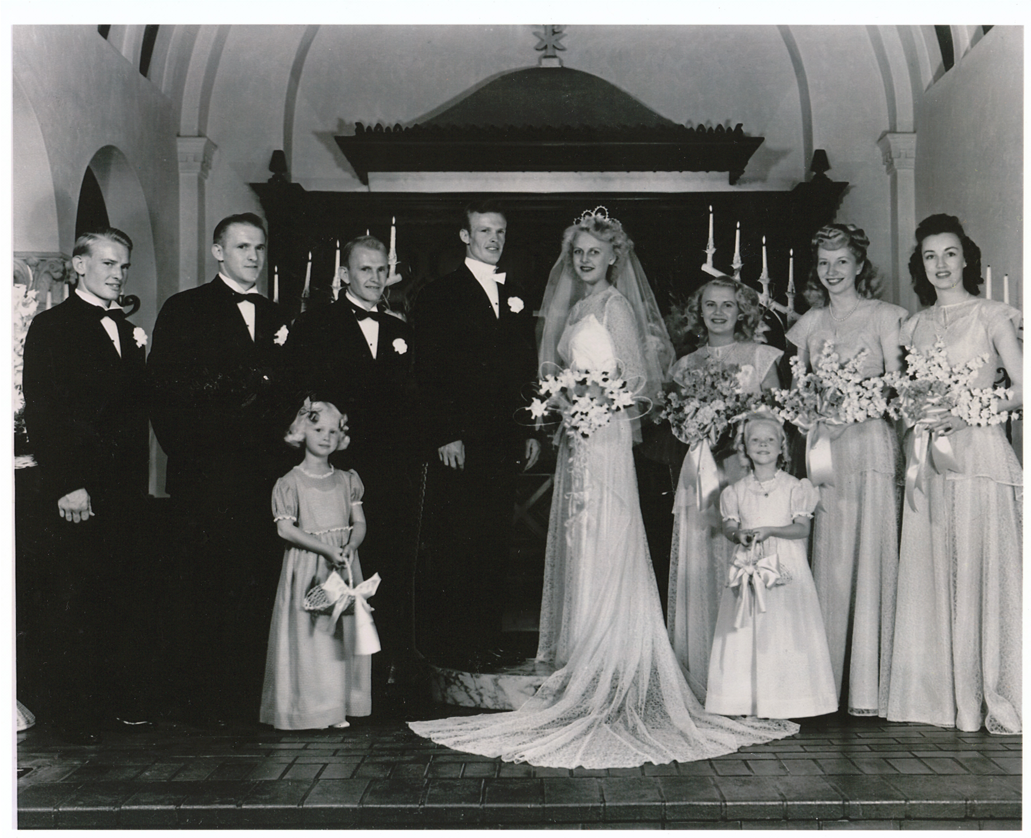 2/22/48 "At a special voters' meeting last Monday evening, the voters' resolved to buy the property offered for sale in the 600 block on El Rancho Drive, adjoining the south end of Palm Park.  The property comprises 3.5 acres and is being offered to us at $16,000..."

4/11/48 "Our high hopes that the property on El Rancho Drive, in which our congregation was interested, would be zoned for our new school building, and eventually also our church, did not materialize.  The Whittier City Council rendered an adverse decision because of the determined and loud protests of the property owners on El Rancho."

4/18/48 "New members:...Mrs. Simmons and son Kent from Paola, Kans." Coral Simmons, husband Ernie and son Kent moved to Whittierwhere her brother Selman Schmanke lived and was already a member of Trinity . Ernie joined Trinity in 1981, and when Kent married Judy, their three children Mike, Todd and Michelle were active in Trinity's contemporary services and youth activities. Coral was involved in all the Bible Studies and evangelism programs, and was especially good at one-on-one evangelism. Never shy, she used  humor and kindness to warm the hearts of her hearers.  Coral went to be with the Lord and her beloved Ernie in April of 1997. 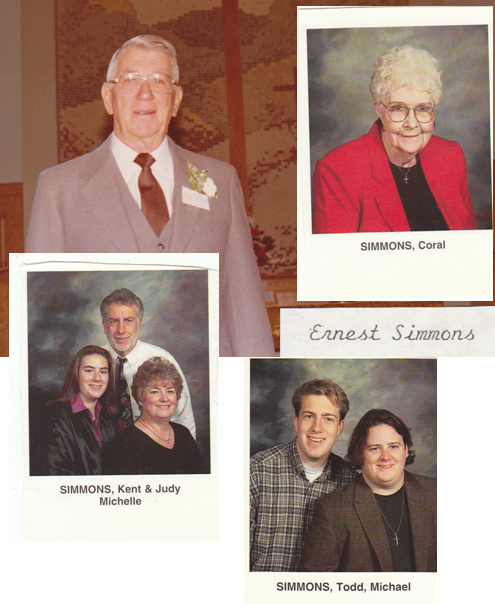 "Mr. George Kruse, chairman of the Trustees reported on the property of Mr. H. Clinton Smith on Floral Avenue...and the Trustees were authorized to purchase the above mentioned property for $19,000..."

"President A. E. Lesle reported on the property of Mr. Paul Miller which adjoins our property recently purchased ....and the Trustees were authorized to buy the Paul Miller property for $6,000..." 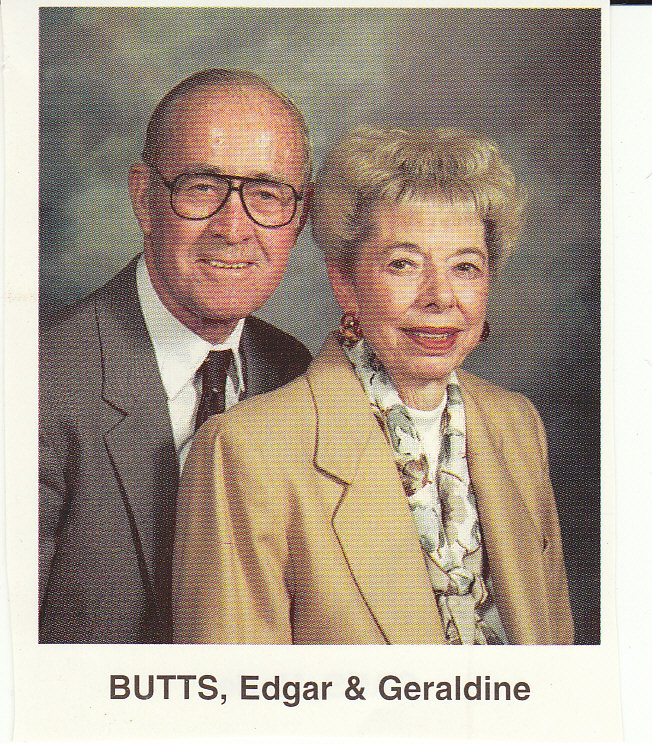 Ed was also received as a voting member at this meeting; women were not yet allowed to vote.  For those of us who knew Geraldine (Jerry) Butts well, we can imagine the interesting discussions this caused!  Ed was also immediately elected to serve on the building committee as Trinity began plans to build a school on the new Floral Drive property.  A very talented entrepreneur, Ed had his own shop for many years and made items for the church when needed.  The special candelabra that attach to the ends of the pews and are used at Christmas were made by Ed.  At nearly 95, he is still a great source of expertise.