4/9/56  Motion unanimously carried that Pastor Steiner be called to serve our congregation as assistant pastor.

9/10/56  Mrs. Elvina Easterly and Miss Violet Easterly were accepted as communicant members.  (Violet Easterly was a faithful member until she went home to heaven on August 11, 2008.  She remembered Trinity with a generous bequest from her estate.)

4/7/57    The architect was asked to complete all plans and specifications for the building of our Parish Hall. 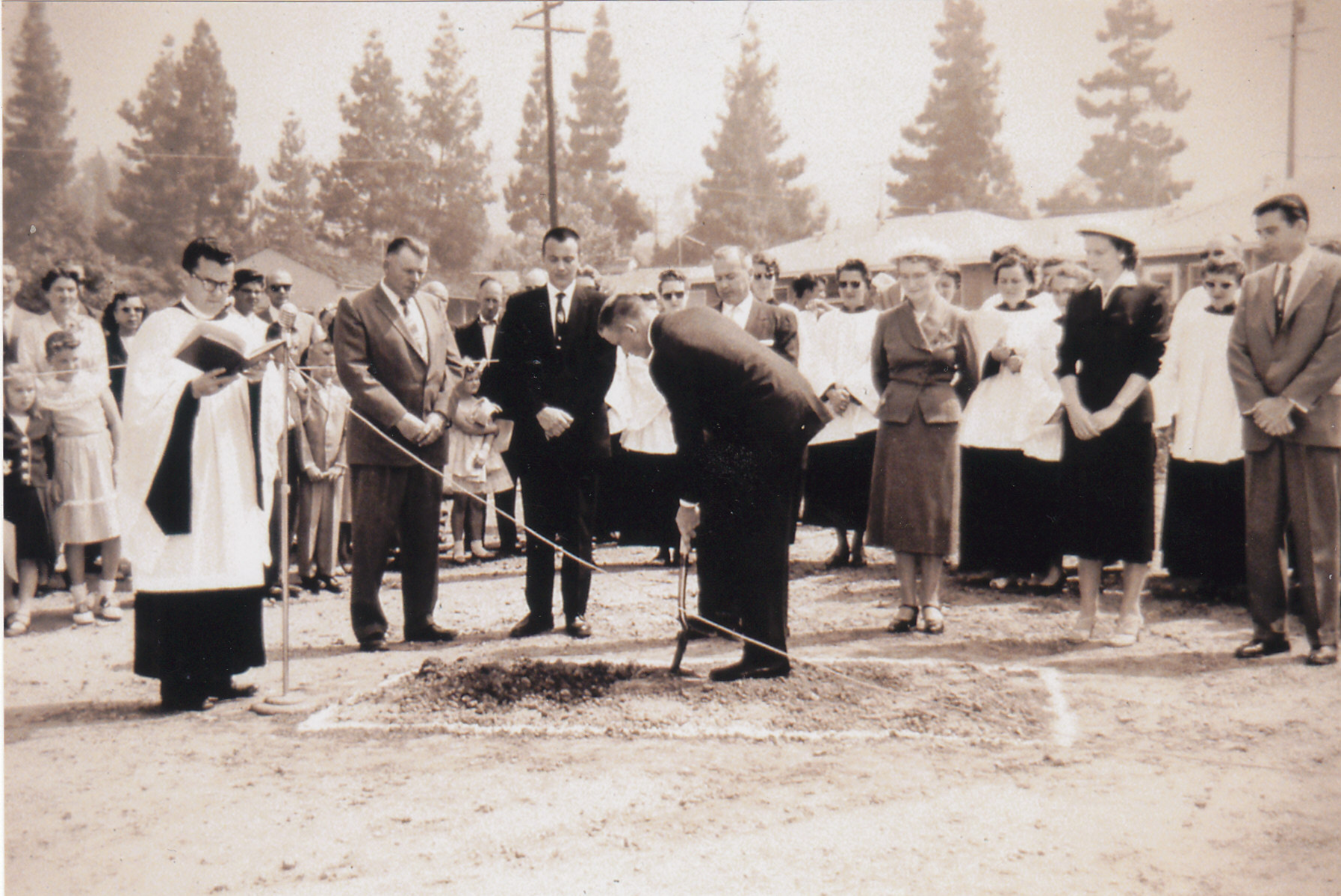 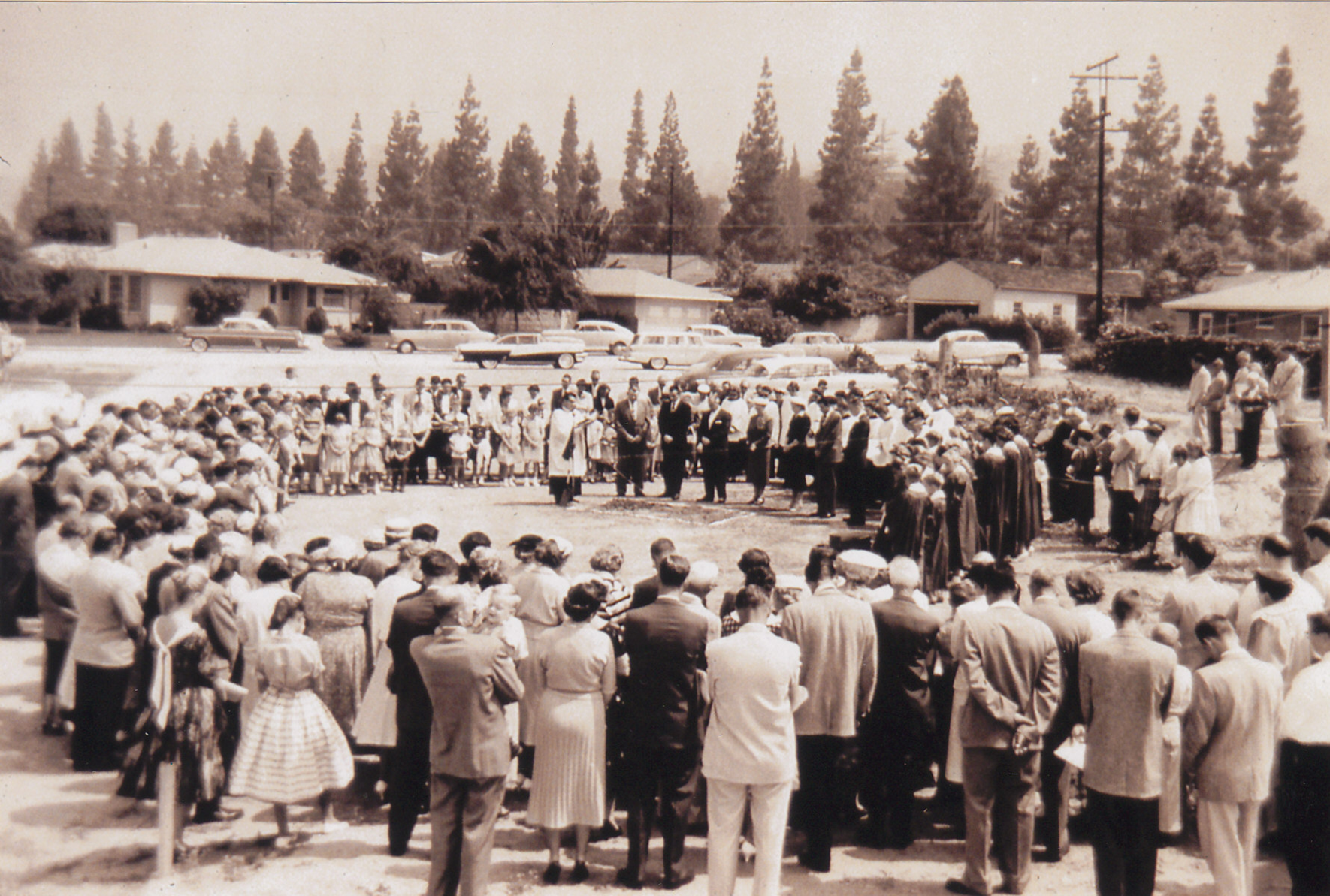 (A newsletter was printed in June, the oldest I have run across in the archives.  The cover  article was about the ground breaking, and there were updates from various church groups.) 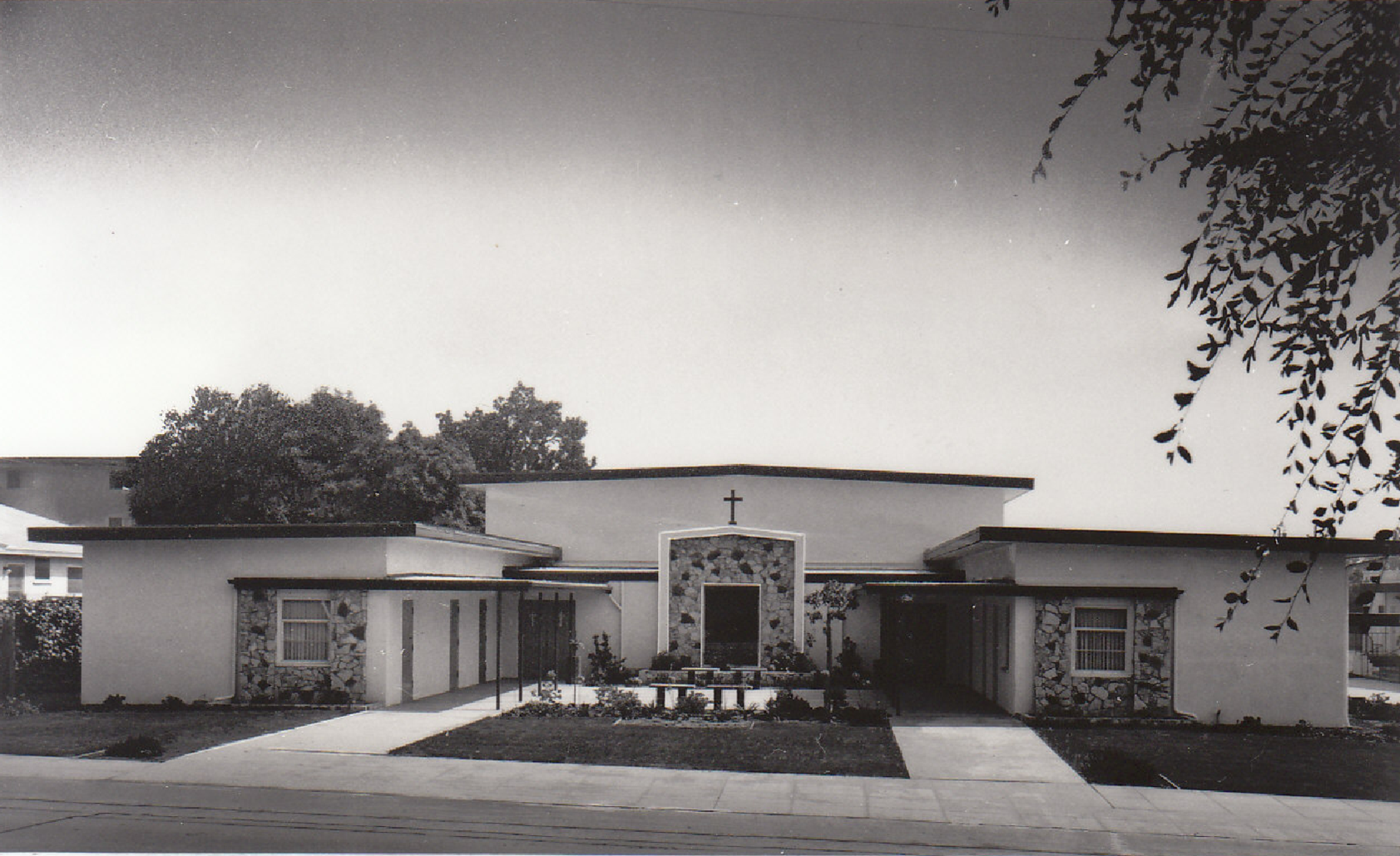 The following notice was interesting:

"The Tie is Broken:  Some years ago - many years ago - three Winklemann girls married three Thomsen boys.  The race was on - a tie until May 20, 1958.  The winners and champions are Hans and Madeline Thomsen, who were blessed with number five, a boy, Stuart Lewis.  But we all agree that four is still quite good."

7/5/58  George Martinek is given a peaceful release to accept his appointment as Instructor of Biology at Concordia Teachers College, River Forest, Illinois.

10/14/58  Accepted into membership by profession of faith:  Mr.& Mrs. Allan Hendrickson.  (Lillian Hendrickson is still a member, now living at Walnut Villa and occasionally able to attend services as her health permits.) 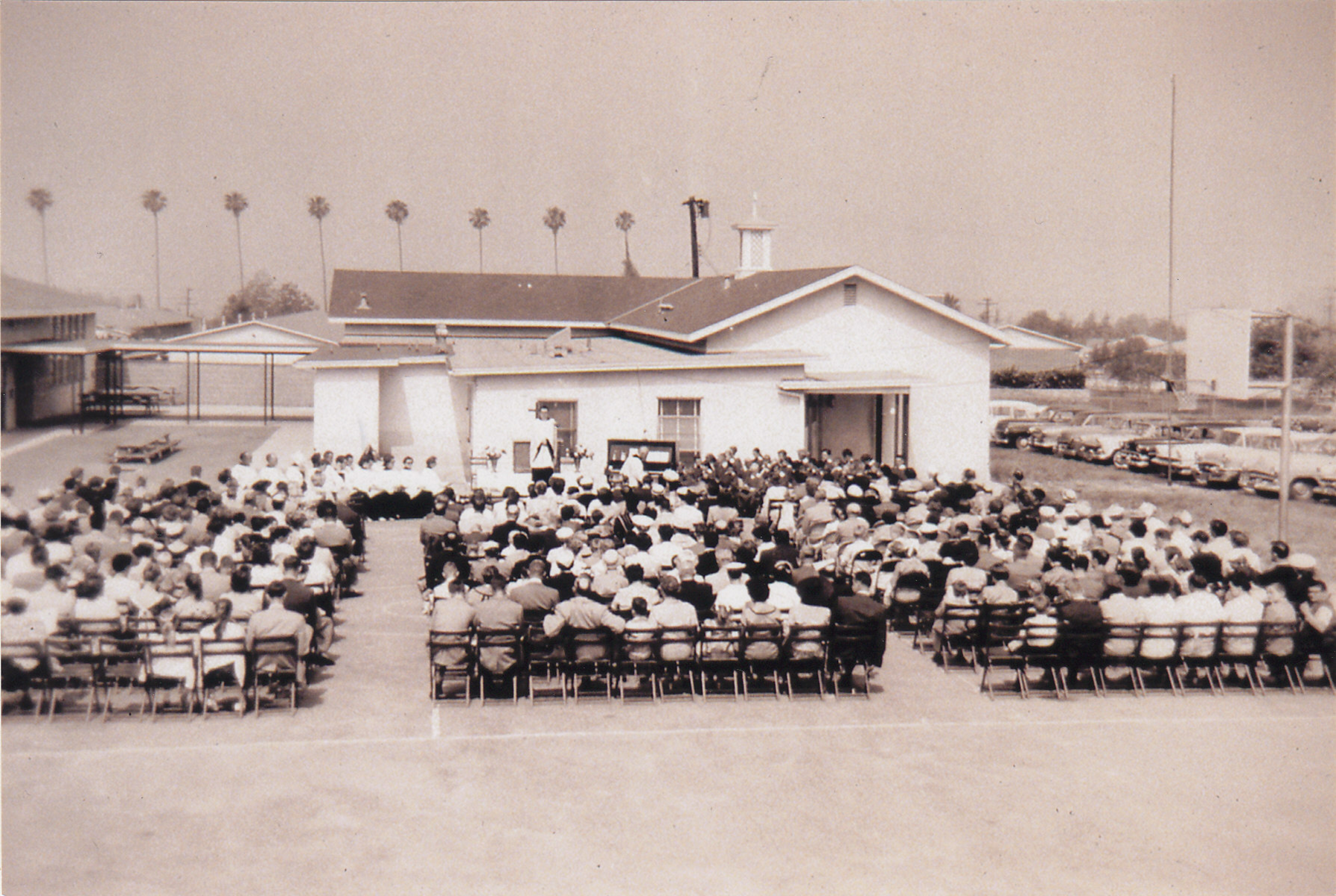 6/9/59  Trustee's report - It has been determined that the cost of commercial wrecking of the old buildings on the Pickering property is prohibitive, and that the congregation will attempt to tear down one building with volunteer labor.