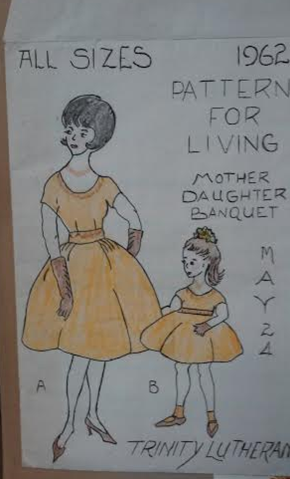 The years of 1962 and 1963 found Trinity still worshipping in the Parish Hall but starting the long process of planning and building the new house of worship.

10/9/1962   Voter’s meeting:  The architect is to complete the detailed drawings of the new church plans.

11/1962       Newsletter:  Your memorial contributions go into the New Church Memorial Fund.  The gifts of money will go toward the many needed items for our new church.  Gifts may be given in your name to the glory of God or in the name of a loved one…names will be placed in the Memorial Book…

The Ladies Aid rummage sale proceeds went for their project of raising money for the carpeting for the new church.  (The Bigelow Guildpoint carpeting cost $3559.)

Earlier in 1962 on May 24th, the Mother-Daughter Banquet, sponsored by the Service Guild (LWML), was held in the Parish Hall.  The theme of the evening was “Patterns for Living” with place cards in designs of Mother-Daughter dresses and programs in the form of patterns.  The members of the Men’s Club and the Walther League served the dinner.

The “Couples Club” became a very active group during these years and contributed to the needs of the congregation while engaging in some great, fun activities.  Each meeting was opened with a topic discussion led by Pastor Wolter, who with his wife Vi were also members of the club.   Then the group, which had 18 couples early on, would have dinner and an activity either in the Parish Hall or at another location.  These included hayrides, a moonlight cruise to Catalina, a trip to Disneyland (25 couples), bowling, ice skating, an annual luau at a member’s home, or a progressive dinner at several homes (see who you can identify in the attached pictures.)  One event was advertised as miniature golfing and turned out to have a hike to and from the golf course added in! 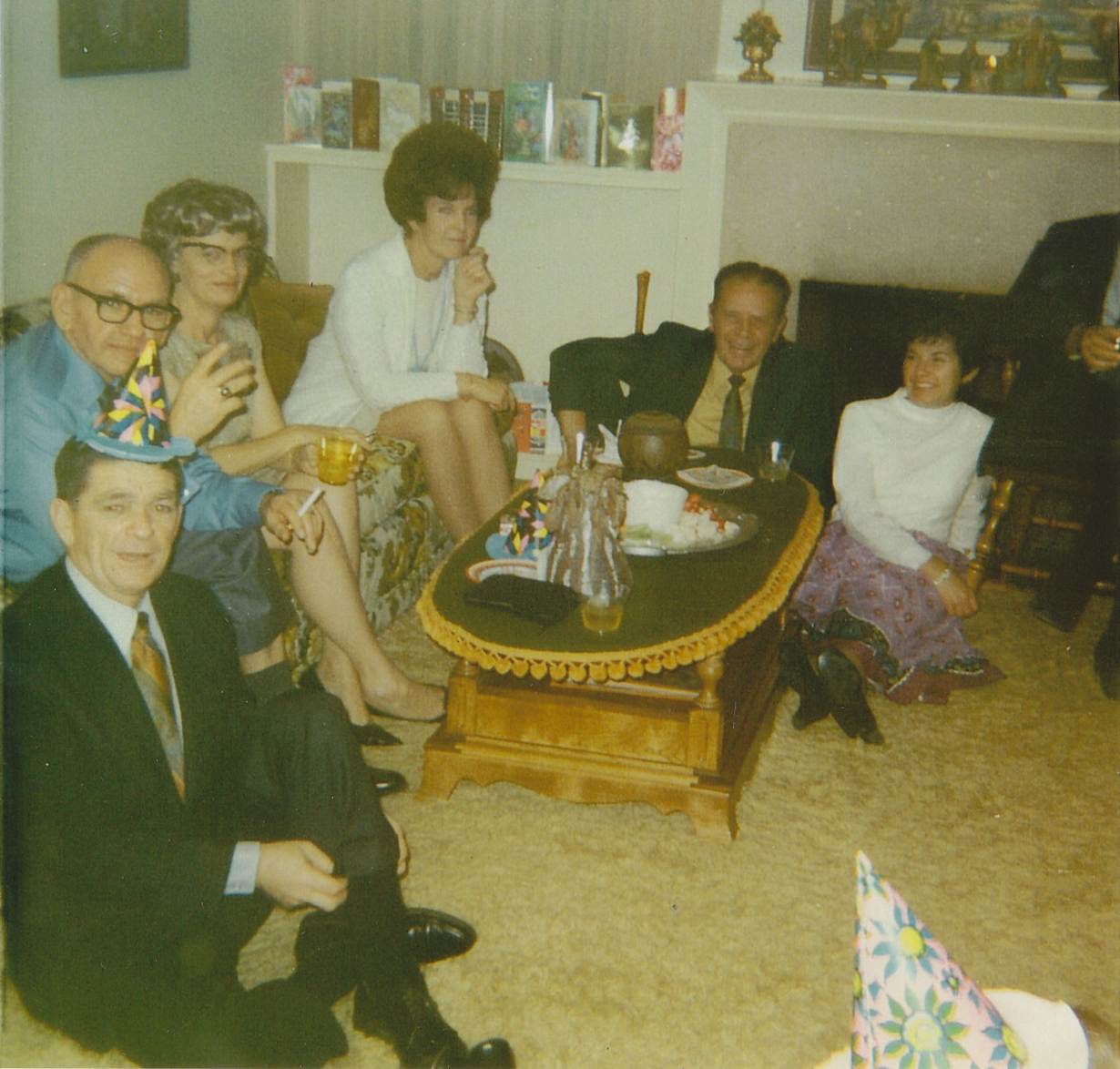 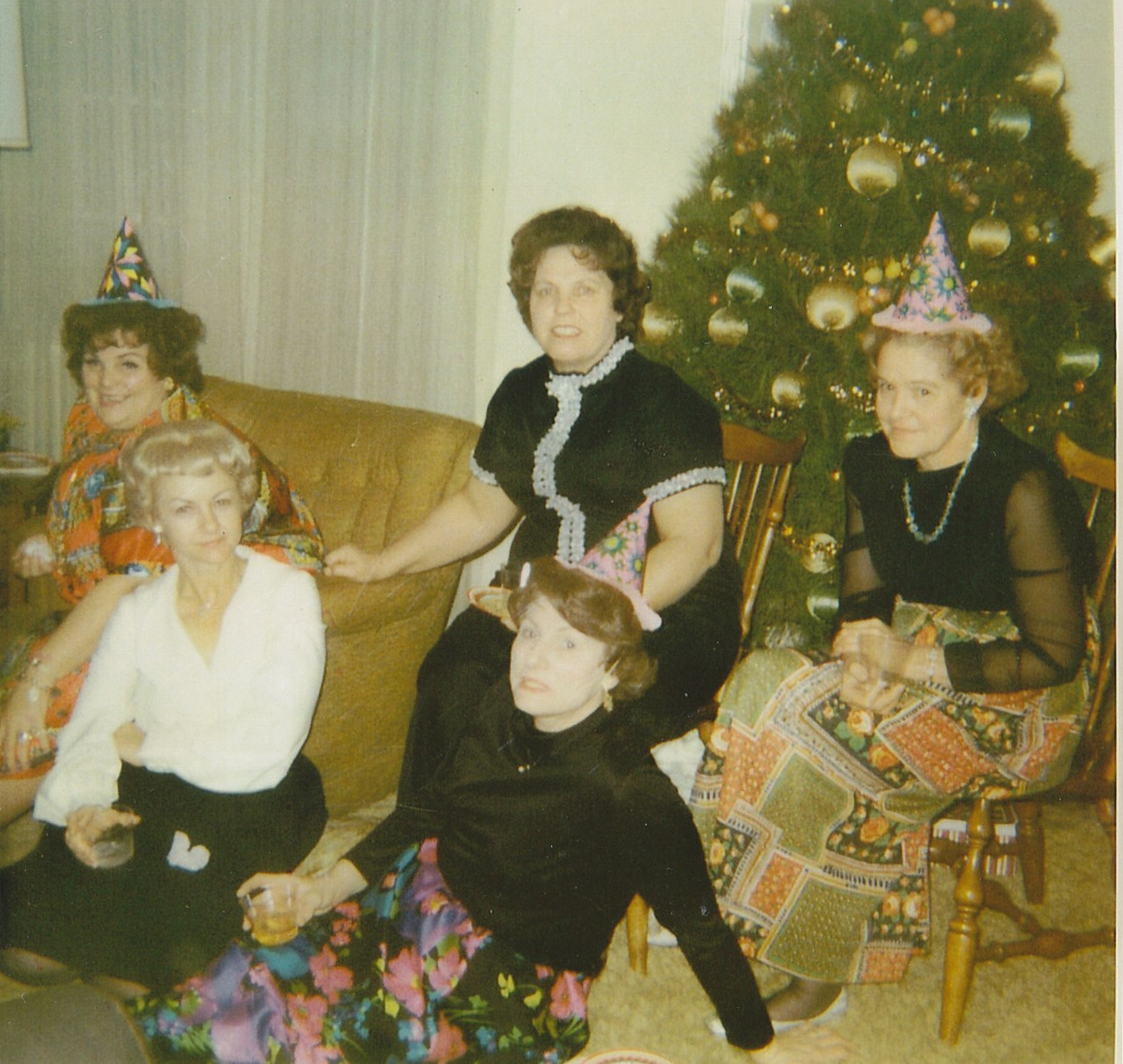 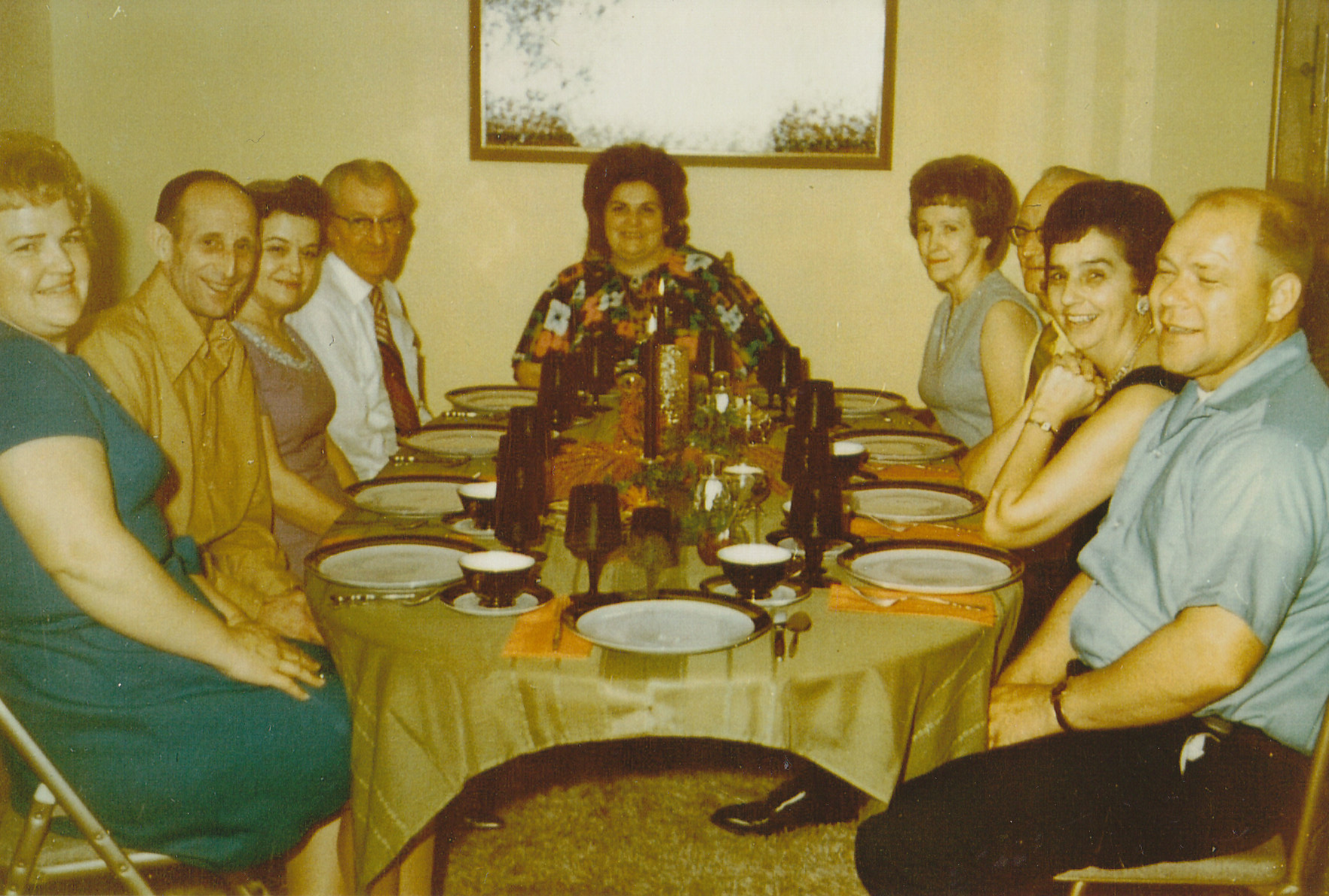 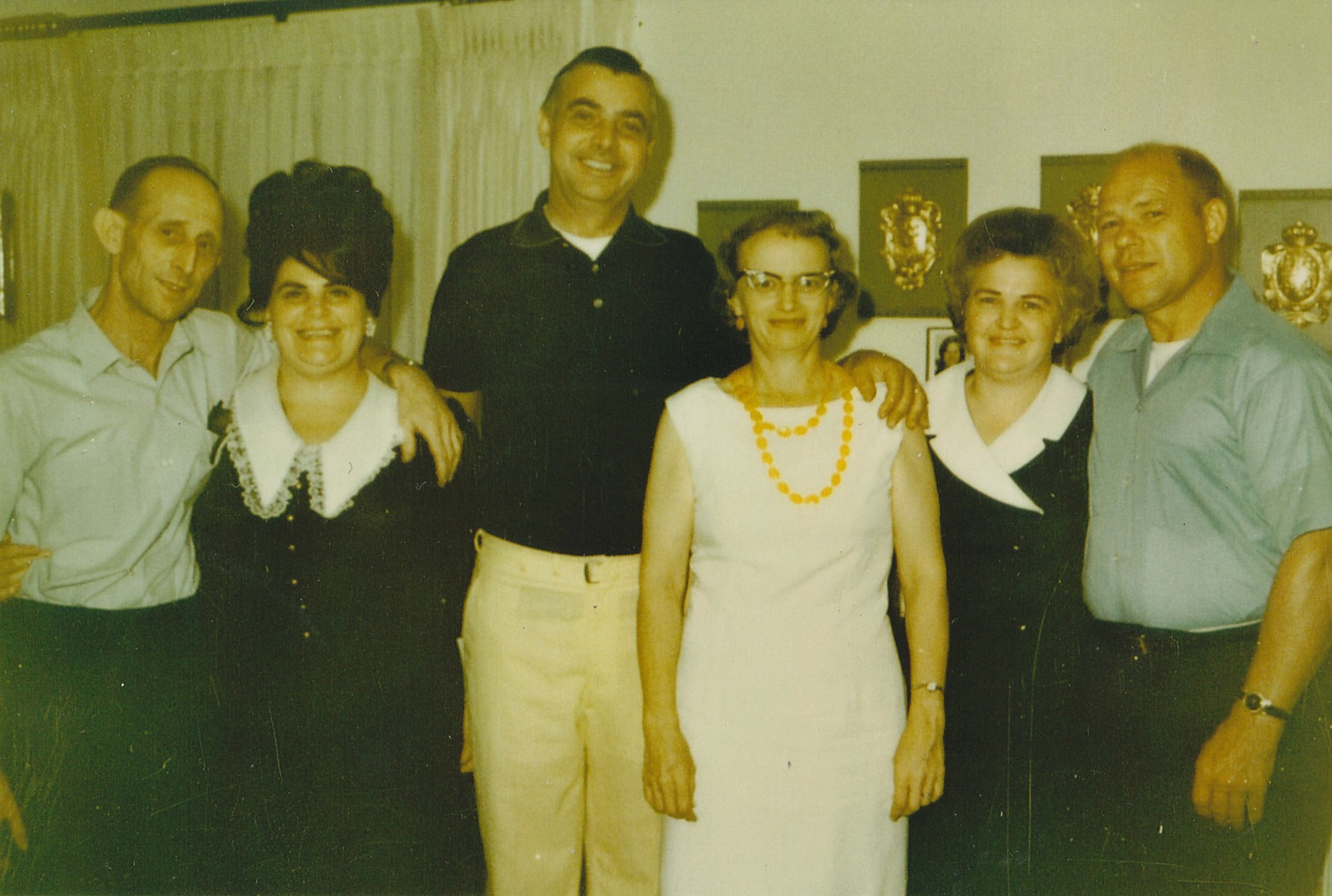 On March 3, 1963, Mr. Edwin F. Hollmann resigned as school principal.  He stayed on through the end of the school year while the search for a new principal began.

On April 16, 1963 the church obtained a grading permit for the new building site.

The 50th anniversary of Trinity Ladies Aid was celebrated on May 2, 1963, with a luncheon at noon.  All members were present with corsages and orchid corsages for the two charter members.  At the head table were seated Pastor Reno Jeske, the former pastor, and the present pastor, Robert Wolter.  All nine past presidents were in attendance.  During the luncheon the second and third grade students sang three selections. 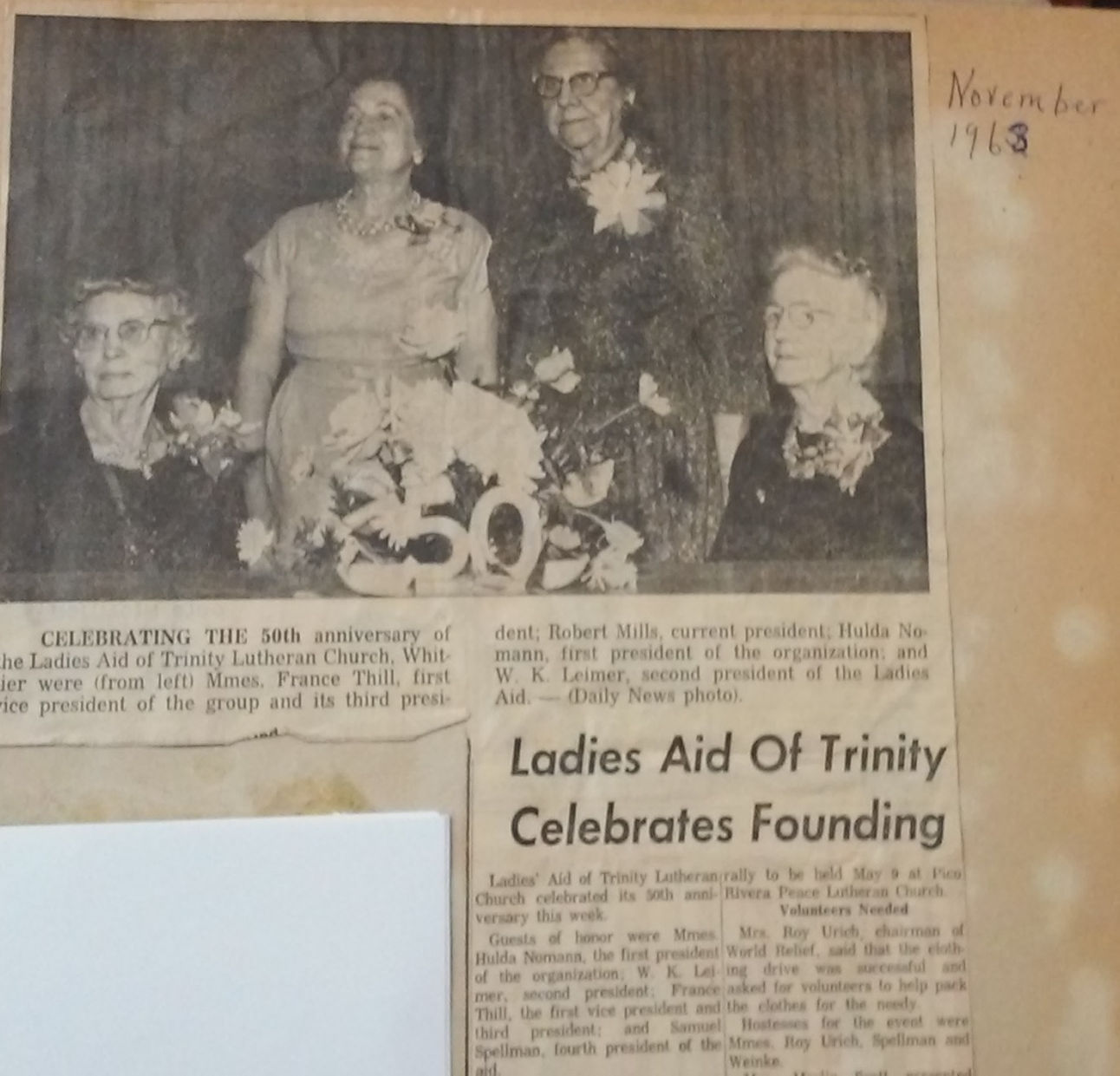 In September of 1963 the forms for the small basement were being set.

Also in September, Mr. & Mrs. Gordon Wolter transferred to Trinity.  Gordon and Helen were active members and wonderful friends to many here.

A big thank-you to Mary Wakefield for providing the pictures of some of the members of the Couples Club!