As 1942 dawned, Trinity continued the work of the church in a country very changed by war.

1/11/1942  "Our Ladies Aid has voted to meet regularly to sew for the Red Cross.  Mrs. Spellman, the chairman (pictured below in the 1980s), announces that she has received material and will be ready to meet..." 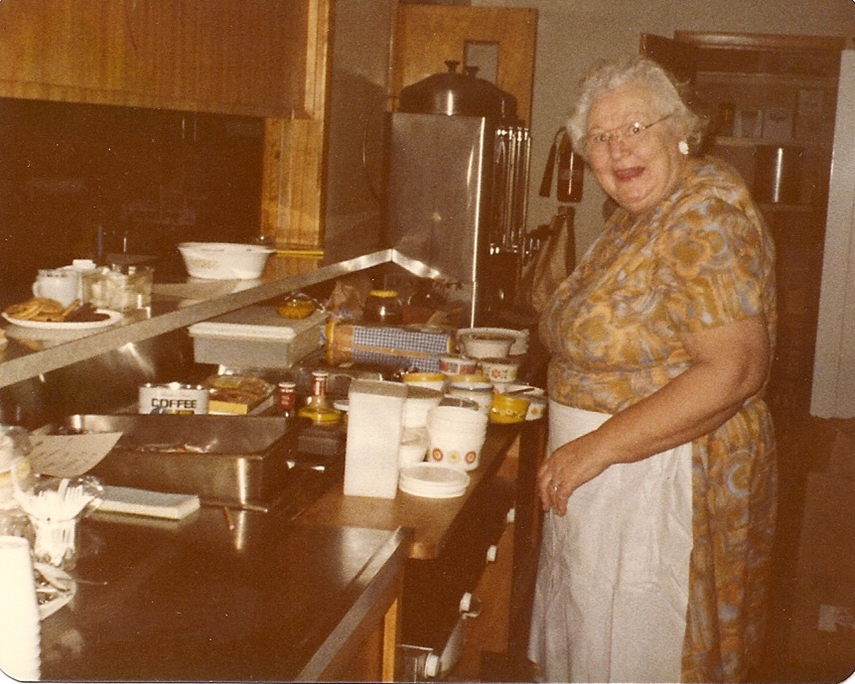 1/25/1942  "Our parish hall will be placed at the disposal of the authorities in case of an emergency.."

“Sympathy is extended to the families of two of our district churches, Glendale and Alhambra, who lost men in the attack on Pearl Harbor.”

"Our Maywood congregation has a preponderance of defense workers and therefore evening services will be conducted on the first and third Sundays of each month."

3/15/1942  "After this service, identification cards will be distributed to our members.  These cards will identify you as a member of our congregation, and are to be used in the event of a major disaster or an evacuation..."

As of April 1942 Trinity had seven young men in the Army and Navy.  As the year progressed, more were added to the list.  Several joined the Air Corps, the forerunner of the U.S. Air Force.  Members being called to duty and their families were given private communion before departure.

Still, the church grew, with some familiar names appearing in the Trinity Chimes: 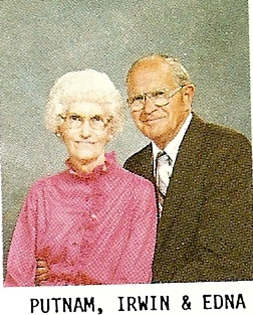 7/19/1942   The announcement of the baptism of the infant son of Mr. and Mrs. Dennis Hildebrandt mentions that Mr. and Mrs. Selman Schmanke were sponsors.  (Selman Schmanke was the son of Julia Schmanke, brother of Coral Simmons, and grandfather of Tracy Gregory, all active Trinity members for many years.) 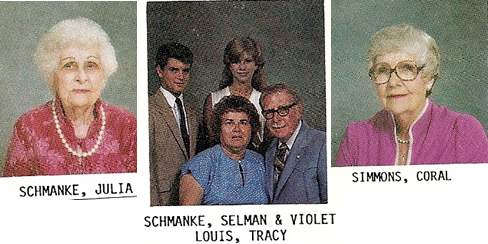 And the enlistments go on:

10/4/1942  "Another of our young men, Thomas Thomsen, entered the service of our country yesterday morning."

An invitation to the mission festival of our Covina church contains this note:  "This may be the last chance for your members to visit Covina before gas rationing makes such trips impossible."

11/8/1942  "It is not too early to think of our children's service on Christmas Eve.  Unless we cover our church windows, we shall not be allowed to hold any evening services."

Apparently the windows were properly covered and the evening services were held:

"The usual vespers will be held at 7:30 P.M. on Friday, New Year's Eve.  Let us all spend the last evening of this eventful and fateful year in God's house, in His presence."