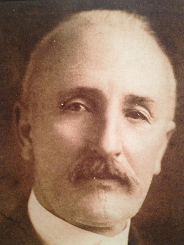 It was on January 1, 1908 that Pastor Michel of Trinity, Los Angeles, made the trip to the East Whittier home of Mr. and Mrs. Diedrich Kruse to baptize their infant son and also the infant son of Mr. and Mrs. Henry Kruse. Mr. and Mrs. Hie Nomann were present at this baptism and it was then that they offered the use of their East Whittier home on Michigan Ave. if Pastor Michel would conduct church services for the small flock of Lutheran families residing in the Whittier area. Pastor Michel agreed, and for the next five or six months services were held about every two weeks. Pastor Michel made the round trip to Whittier by street car for the of 35 cents and the Sunday collection which amount to around $1.50 was given to him for expenses. 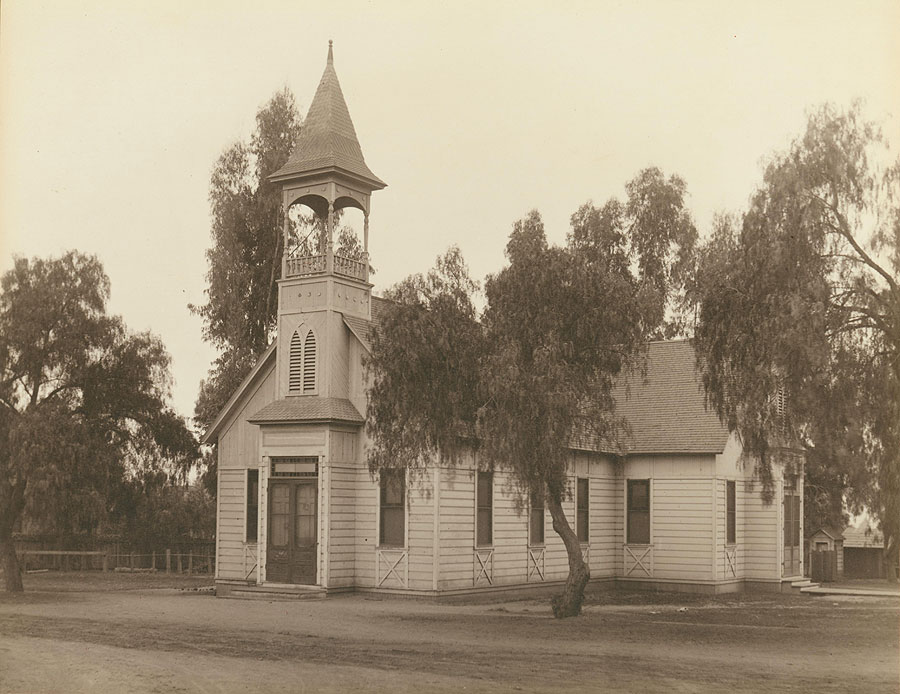 The First Friends Church was built in 1887 by the Pickering Land & Water Company. It was located on the corner of Comstock Avenue and College (Wardman) Street at a cost of $1,600. It was the second building completed on the new townsite, the first being the Bailey House. The Whittier Free Methodist Church was organized May, 1901. Soon after organizing they purchased this building from the Friends who had built a larger church for themselves at Washington Avenue and Philadelphia Street. Photo taken 1/14/1902. Whittier Public Library Historical Photograph Collection CHU-039

Joined with the Missouri Synod as the thirty-ninth congregation chartered in California; pastoral duties provided by The Rev. C. F. W. Sapper. 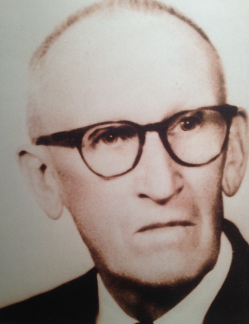 Purchased property including frame church and parsonage, northease corner of Pickering and Penn.

Robert Schroeder is installed as pastor on September 17, 1978.

Dedication of new Handbells, gift from the Ladies Aid, to be used for Handbell Choir.

The Rev. Dr. Oswald Waech installed on September 5th as Assisting Pastor. A groundbreaking ceremony is held for expansion of school facilities.

Groundbreaking for the new Fireside Room and church offices held on September 18th. Also, a special service was held to dedicate the new 15 rank, two manual, electro-mechanical action organ built by the Harris Organ Col, Whittier, CA. A few components from the original 1929 Reuter organ were retained in the new one.

October 1st, a major 5.9 earthquake strikes the Whittier area and the church is declared unsafe to hold worship services.

After worshiping in the Parish Hall for 5 months, the church building is rededicated after repair and renovation is completed. Pastor Waech moves to Rancho Cucamonga to serve Shepherd of the Hills Lutheran Church.

The position of Assisting Pastor is discontinued. Trinity and Faith congregations unite in calling for a Director of Youth Ministry to serve in the newly formed Whittier Area Lutheran Fellowship (W.A.L.Y.F.).

Rev. Jeffrey Springer resigns his call due to health reasons.